Is it worth it to destoy Serbia for a billion or two?

In reaction to the campaigning statements of dr Milan Bačević, new Serbian minister of natural resources, mining and spatial planning that in the ground of Serbia material worth billions lay waste – Emir Kusturica said nature of Serbia is not for sale, and with this he directly resolved to stand out for nature protection.

Some press clipping about it: "Nickel mining on Mokra gora, in Vrnjačka banja and Topola would be a direct assault on health of the inhabitants of Serbia and Republika Srpska, said director Emir Kusturica who built Drvengrad (ethnic village) on Mokra gora." [srb.time.mk] "Film director and trustee of Mokra Gora Nature Park announced that soon an NGO will be formed that will oppose (the mining), and also in future protect the natural resources of the country. He explained that this organization will be founded and led by young people, with the goal of environmental monitoring and watchdog activity in connection with cases endangering nature in Serbia." [vesti.rs] "Kusturica stresses that the exploitation of nickel is a luxuriousness that only vast countries such as Russia, Canada or Turkey can afford, being able to sacrifice whole regions because of the permanent pollution that comes with nickel procession." [b92.net] But certainly the most symbolic were the statements "Is Serbia worth more than a billion Euro? Is it worthy to destroy Serbia for a billion or two?" [radio31.rs]

But the answer could not be bypassed either. On press-conference the minister gave a less symbolic statement that is announced entitled Bačević: We shall not live from cheese production only, but also from nickel. The minister also denied the potential of "dirthy technologies" and argumented with good marketing language: "Well, nickel is everywhere around us. How come we don't fear it in the kitchen, but we fear it in the countryside?" [from b92 news]. But an argument not convincing enough for Kusturica who said "All data and experience from the field where nickel was exploited show condemning results on the health of the populace in a 100 kilometer radius around the mining place." [totalportal.rs] He concludes: "The war on nickel was already fought here once... our president is from this region, he will not allow that Šumadija be devastated." (A more detailed article is found in Večernje novosti.) And really, Mr. Minister forgets to talk about the intermediate phases of nickel production: "Dragan Milovanović, professor on the Belgrade Mining-geological faculty has warned that a significant amount of chemical reagents is needed to produce nickel and sceptically concluded that no person with sober mind would actually start such activity". [radio31.rs]

Said all this, Kusturica will be the first important media character in Serbia who loudly stood up to the green side of reality – that is to stop the deterioration of natural heritage – against the perpetual economic reality. But this is only a part of the sharpening debate about our energy future vs natural future, or – do we actually need in this period of transition the at-all-costs projects that are conducted in the name of development but that are destroying nature and ruin the health of people.

The story namely takes a hypocritical dimension when the public is lead astray using economic language. While from one side it is talked about unquestionable energy crisis and the need to invest in this domain – mostly with outstanding amounts – in Serbia not a dinar is spent on further advance of recycling. A media-accompanied campaign was conducted but still some 100% recyclable materials such as glass or metal are basically not recycled at all. Happening this even in spite of the requirement in the EU-accession that allocations from gross income should be invested to recycling, not to mention the energy-efficiency that is implemented when the glass products are not made of imported glass, as it is – ironically – now the case in Serbia.
Objavio/la Jozef u 15:24

O blogu/ About the blog

This blog has been produced in 2010 under the IPA project ‘Partnership actions for biodiversity protection in Western Balkan’ funded by the European Union. Although the project is finished we continued posting text as we understood importance on sharing information about Natura 2000 and biodiversity. 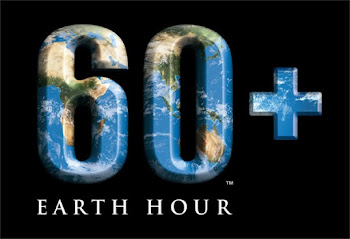